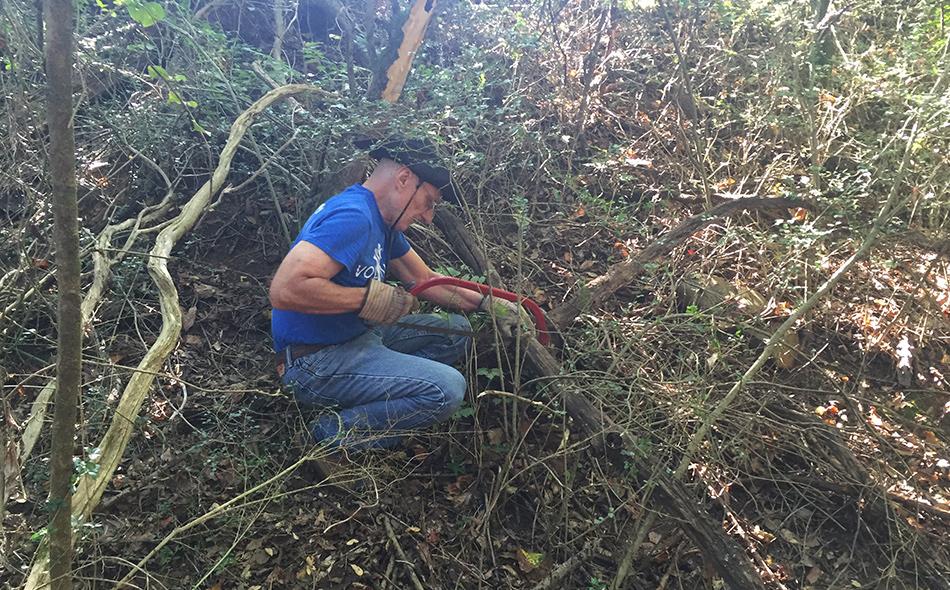 Along the perimeter of one of Georgia’s most significant Native American sites is a lovely nature trail embracing the Etowah Indian Mounds. The trail highlights how early civilizations used native trees for food and medicine. Unfortunately, the trail has been engulfed by Chinese privet, an invasive specie. The privet vines grew so extensively that they were choking the native foliage.

Fortunately, a group of local volunteers joined forces on September 24 and removed 660 cubic feet of Chinese privet from the trail. While our Friends volunteers make significant headway, there is much more work to be done.

Etowah Indian Mounds is only nine percent excavated, with examination at Mound C and surrounding artifacts reveling much about the people who once inhabited this area. They were a society rich in ritual. In another mound, nobility were buried in elaborate costumes accompanied by items they would need in their after-lives.

The significance of the site certainly isn’t lost to the staff and volunteers but with so much work that needs to be done, more help is needed! Sign up for the volunteer mailing (click here) and join us!