Supported by a local Friends chapter, Etowah Mounds is the most intact Mississippian Culture site in the Southeast. Artifacts in the museum show how natives of this political and religious center decorated themselves with shell beads, paint, complicated hairdos, feathers and copper ear ornaments. Hand-carved stone effigies weighing 125 pounds still bear some original pigments. Objects made of wood, seashells and stone are also displayed. Visitors can follow a nature trail along the Etowah River where they can view a v-shaped fish trap used for catching fish. The trail also highlights how early civilizations used native trees for food and medicine. While only nine percent of this site has been excavated, examination at Mound C and surrounding artifacts revealed much about the people who lived here. They were a society rich in ritual. Towering over the community, the 63-foot earthen knoll was likely used as a platform for the home of the priest-chief. In another mound, nobility were buried in elaborate costumes accompanied by items they would need in their after-lives. 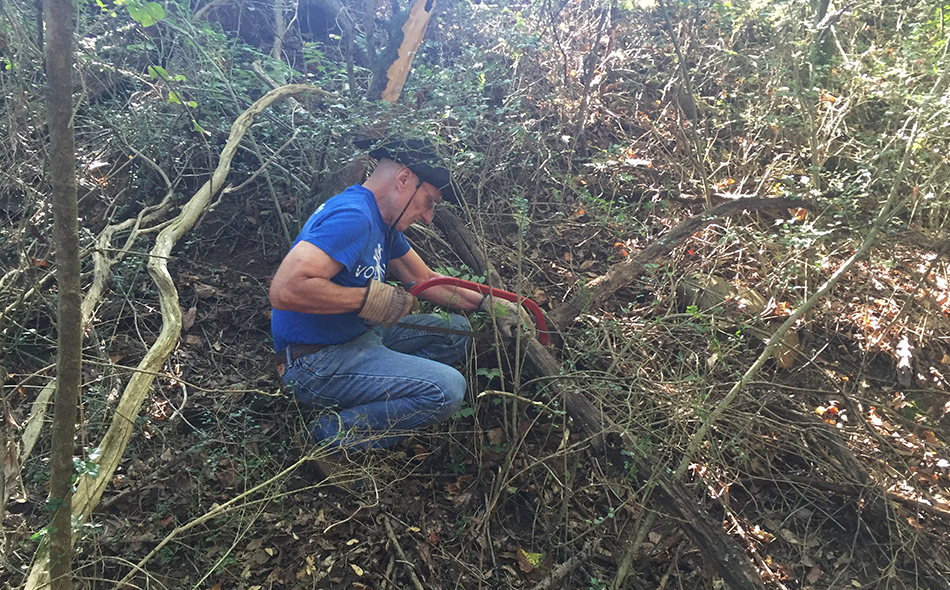 Along the perimeter of one of Georgia’s most significant Native American sites is a lovely nature trail embracing the Etowah Indian Mounds. The trail highlights how early civilizations used native trees for food and medicine. Unfortunately, the trail has been engulfed by Chinese privet, an invasive specie. The privet vines grew so extensively that they were choking the native foliage.

Fortunately, a group of local volunteers joined forces on September 24 and removed 660 cubic feet of Chinese privet from the trail....