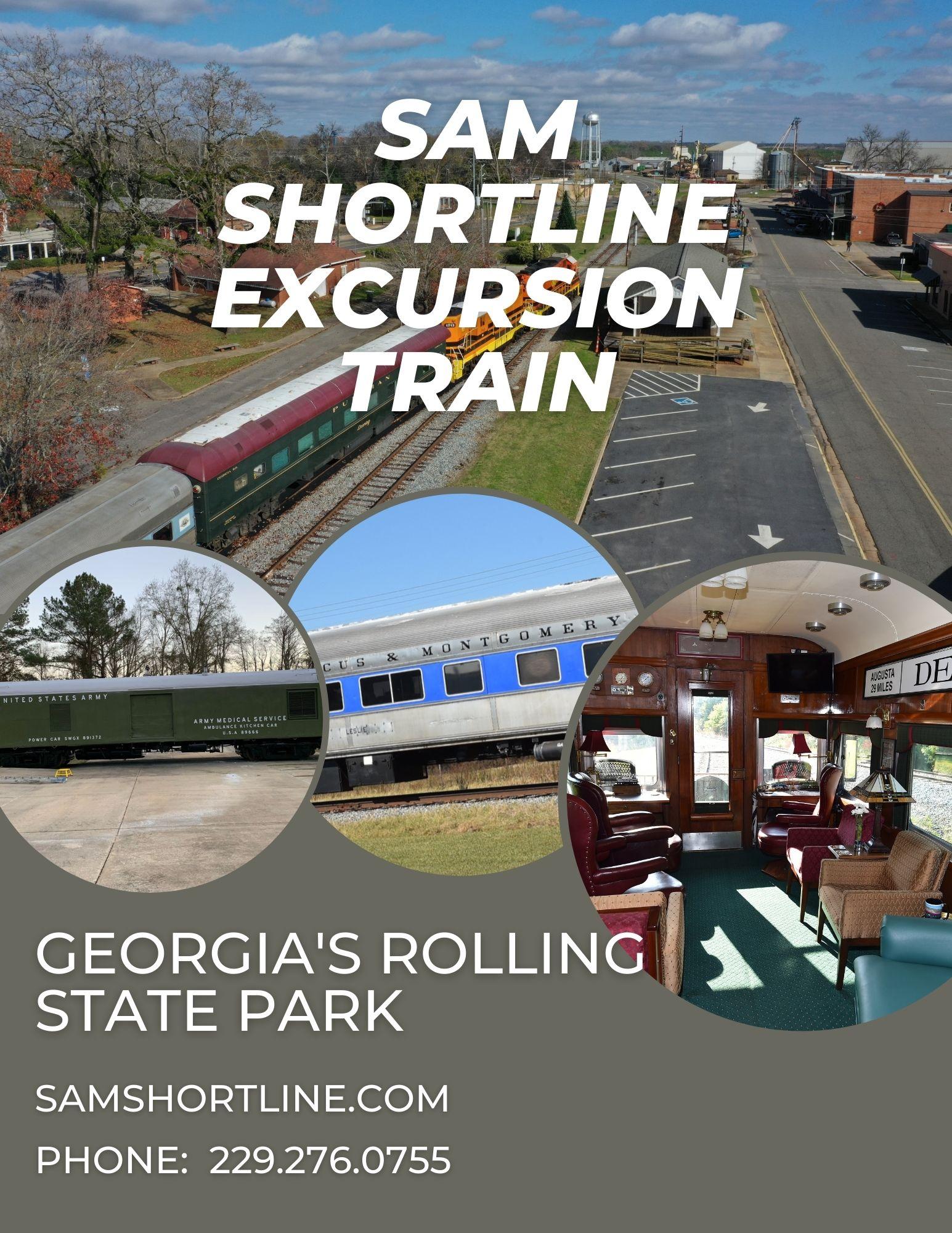 The Friends of Georgia State Parks & Historic Sites, the non-profit that supports the SAM Shortline Excursion Train, has been awarded another grant from the John Emery Rail Heritage Trust.

The grant of $15,500 was one of 22 awarded by the Trust. SAM manager Chris Lockwood says the funds will help repair the historic Samuel Hawkins lounge car and a car used to provide power for the train. The Hawkins car, built by the Budd Company in 1939, was acquired by SAM in 2002. The power car was an Army hospital car. According to Lockwood, although the grant won’t cover all the costs, it will get the project started.

In 2021, SAM received a grant of $12,000 was used to renovate the kitchen in the commissary car and make exterior improvements to the table car and several others. Friends chair Nelson McGahee says the projects are particularly timely since the train is celebrating its 20th anniversary this year.
“For 20 years, the train has been an important stimulus to the economies of Americus and Plains, he says and adds, “It is also an adventure that families from throughout Georgia and the surrounding states can enjoy.”