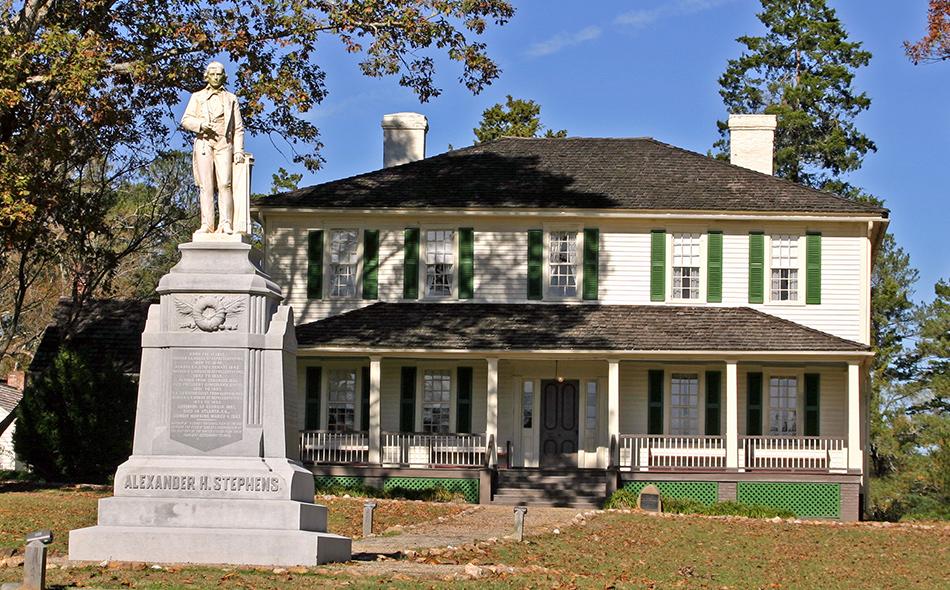 On the sleepy morning of June 24th, 1933 a train pulled into Crawfordville after having traveled all night from Fort McClellan, Alabama. On this train were 200 young men who were frightened with anticipation with what lay ahead for them.

These young train passengers were boys of the Civilian Conservation Corps better known as the CCC. Most of them hailed from Alabama. For many of them, this was the first time they were away from home. Each one of them had dreams of making a better life for themselves and for their families. The period was the Great Depression. These boys came from homes where there was no money to put food on the table. There were no jobs and people were going hungry.

Franklin Roosevelt made a campaign promise running for president that he had a New Deal for the American people. He was going to create jobs that would improve the economy and make the Depression a thing of the past. One of the first New Deal programs of FDR’s Presidency was the CCC. This forestry program would provide natural resource related work to young men between the ages of 17 and 25. They would be paid a dollar a day and receive three hots and a flop or three hot meals and a place to sleep at night. They would work in rural rustic camps fighting forest fires, planting trees, creating trails, and building state and national parks.

One of these parks that the CCC Boys developed was Alexander H. Stephens State Historic Site. The fruits of the labor of these young boys is still being enjoyed today, 83 years later. As you walk the grounds of this Historic Site treasure take a look at what the boys accomplished.

The first thing you see when you arrive at the park is the beautiful home of A. H. Stephens. The boys of the CCC rehabilitated the main house along with the out buildings. They built the museum and planted the grounds. Take a look at the siding on the museum where the ends join at a corner. The boys had to cut these compound miters with a hand saw. The hardware on the windows and doors are all hand forged on site by a CCC blacksmith. These boys were unskilled but soon learned trades that they could carry over into civilian life.
The structure that stands tallest in the park is the wooden fire tower in the campground. This was designed to spot wildfires and to provide water pressure within the park from the water storage tank built inside. Keep in mind that the land around Taliaferro County was primarily cotton fields. Pine trees were not as abundant as they are today. A fire tower attendant could see all the way to Washington and beyond, a distance of 20 miles.

The group camp is reminiscent of an era gone by when summer camps were rustic and simpler. When this beautiful facility was built with its dining hall, it became a focal point of community activity with dances and a social life.

One more thing to pay attention to is the rock work throughout the park. Take a look at the foundations of the buildings, the fireplaces, the steps, drainage culverts, and the dry stacked retaining walls. The rock work was precision. You may notice drill holes done by hand on the edges of some granite blocks indicative of where it was cut from a larger piece. Some of the granite lintels placed horizontally across a fireplace opening are massive. How in the world did they raise these into place?

The CCC was a unique program within the New Deal. It focused on natural resource related work. However, it was only one of many agencies that were created during the FDR presidency. FDR’s presidency became known as the alphabet soup administration for all the new programs with catchy abbreviations. Programs such as the FDIC (Federal Deposit Insurance Corporation) and the TVA (Tennessee Valley Authority) were developed during the depression and are still going strong today.

What is fascinating about the CCC is that it was designed to be a temporary fix to the economy 83 years ago. While it created jobs for more than 3 million young men, the important human outcome was that it built self-esteem and gave motivation to make a difference. This source of manpower was a resource to build up the military for World War II. These boys were well nourished, in excellent physical shape and knew how to work together as a team.

Little did these boys know at the time, but their work at building parks throughout the country would be enjoyed eighty years later by their great grandchildren. Now that is a legacy to be proud of.